While I continue to share and produce random content in my spare time, over the past few years much of that has moved onto Facebook, YouTube (Obsidian Orphan) and now iTunes (and Podiant and Google Play) with my Wireless Game Adapter podcast (check it out! Tell a friend!)

If you're on Facebook, please like my page to keep up with my doings on the internet (such as this guest spot I did recently discussing Jurassic Park), and with game projects in the works (such as the upcoming Steampunk Rally Expansion!)

I might well update this blog in future if I feel so inspired, but until then:

After watching Episode VII - The Force Awakens, it was clearer to me than ever that the crucial missing element of the prequels was the fun interplay between the main heroes. Many aspects of the prequels are compelling as pulp adventure, but the flat direction and dialogue makes them feel sort of awkward and lifeless ("I love you because you're not like sand."). In Episode VII the characters bounce against each other in interesting ways, and are simply fun to watch.

On the other hand, Episode VII made me appreciate Lucas' boldness a bit more. He may have gone overboard on fan-service now and then (like WAAY overboard), but he did try to make something fresh and new, whereas the plot of Episode VII is basically a carbon copy of Episode IV - A New Hope.


Arriving in a Star Destroyer, the Evil Empire, led by an ominous masked Dark Jedi dressed in black, wreak havoc on the rebel defenders. But before being captured a Rebel Leader manages to put the critical info they are looking for in the care of a cute Droid who is sent away to wander a Desert Planet. The Droid is captured by a junker but our Hero, who has lived on this planet since childhood and knows its dangers, rescues it and brings it back to their humble abode. Meanwhile the Rebel Leader is tortured by the dark Jedi.

The Hero is forced to leave their flawed but familiar life when the Evil Empire attacks their home, and joins with a wise old Mentor who tells them about the force. The Hero is exposed to the weirdness of the wider galaxy at a space-port cantina filled with bizarre aliens, and are spotted by a spy who alerts the Evil Empire.

After the Evil Empire demonstrates the power of their Death Star by destroying the home of the Rebel Leader, the heroes sneak aboard on a rescue mission. They succeed, but the wise old Mentor is struck down by his once-ally, the Dark Jedi.

Compelled to flee by the death of their mentor, the hero escapes but must later confront the Dark Jedi on the surface of the Death Star. By using the force, the Hero prevails and escapes the exploding death star, with an assist by the Millennium Falcon. Back at the Rebel Base there is much celebration, and Chewbacca’s contribution is largely ignored.

Obviously I'm exaggerating the similarities for effect (though not all that much really). Things diverge here and there, and my hope is that J.J.'s intention was to bring everything back to square one, sort of wipe the slate clean, before romping off on new space adventures.

Definitely there is a lot that's done right. Abrams captures the tone of the originals, and the action is fun and intentionally a bit sloppy since we aren't dealing with perfect Jedi monks (one of the best action beats in the prequels in my opinion is the clumsy struggle with Obi-Wan and Jango Fett slipping around in the rain). There were also lots of other little homages scattered throughout which frequently delighted me (though at times the references seemed to come every few seconds, which drew me out of the moment).

Certainly the overwhelming similarities with A New Hope are intentional. Lucas himself had the idea that the prequels would "rhyme" with the originals, yet this becomes a delicate balancing act. Reincorporation creates connectedness and familiarity, but also staleness and predictability. J.J. Abrams understands the value of mystique and the unexplained, and the best parts of Episode VII are the new and strange, and the hints at larger stories and mysteries. (Han Solo confronted by the Greedo equivalents, angry Irish man and space Yakuzah, was definitely my favorite moment, and captured everything I love about Star Wars.)

I'm eager to see where Rian Johnson takes us next, and I sincerely hope that this first film is used as a launchpad to explore a broader Star Wars universe, rather than successive entries simply wallowing in fan service (*cough*Star Trek Into Darkness*cough*). Joss Whedon has repeatedly proven that fan expectation can be leveraged to subvert and surprise, rather than simply appease.

I'm not ready to call him Jar Jar Abrams just yet. In some ways Episode VII is a great Star Wars movie. I'm just not sure it will ultimately be anyone's favorite Star Wars movie.

Or maybe it will. Star Trek Into Darkness might be someone's favorite Star Trek movie if they haven't seen Wrath of Khan.
Posted by Orin Bishop at 10:13 AM 0 comments

The Good, The Board, and The Ugly

The awesome folks at The Good, The Board, and The Ugly podcast were kind enough to request I join them on their latest episode. I had a blast talking about Steampunk Rally and a number of other games.
Posted by Orin Bishop at 12:39 AM 0 comments

Lately I've been working on a few nerdy mashup songs, and I've created a YouTube channel to showcase them. I chose the name "Obsidian Orphan" because it's a cool anagram of my full name.

My middle name is Dana.
Posted by Orin Bishop at 6:00 PM 0 comments

Copies of Steampunk Rally have been arriving at peoples' doorsteps and I'm very pleased at how well it's been received. Early Kickstarter hype always artificially inflates a games boardgamegeek rating, but I'm pleased that we actually got a nice bump when people started actually playing the game.

After all these Steampunk Rally posts, I imagine you've either ordered the game already or tuned out in disgust, but if you're still on the fence you can check out this comprehensive review from the Dice Tower network. I'm a bit sad Tom Vasel himself didn't give his thoughts, but I'm pleased by what was put together here and very happy that people are having fun with the 8-player mode.

Copies of Steampunk Rally are well on their way to backers and should start arriving this month!
Prepare your body, mind, and spirit with this how-to-play video:

"Have you considered the cost of such a machine?" 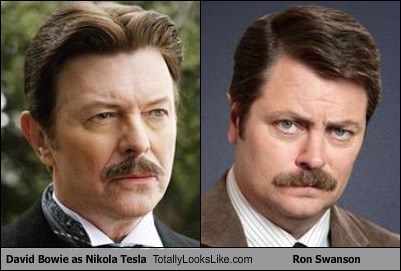 I'm not a huge potato guy. Honestly I prefer turnips and feel they are underrated. But then I also don't like Mario 3 so what do I know?

-For this one, you're going to slice a purple top turnip into relatively thin slices, like the width of about four bar coasters. Not like the thick cork ones, why would you assume I meant those? Chop up an onion and start frying the turnip and the onion together at medium heat with a dab of butter so nothing sticks.

-Add a healthy amount of paprika and about a teaspoon of sugar, and mix in some spices to taste. I used a bit of salt, pepper, garlic, savory, basil, thyme and mustard powder. I'll probably play around with these, the sugar's important though because it nicely balances the strong turnip flavor. I also added a bit of hot pepper, but this is optional.

-Stir semi-regularly. When the turnip is soft and the onions are clear, add some chicken sausage to the pan. I had little ones, but if you have a larger sausage then cut it into bite-size chunks. Or at least don't take it out in public.

-Stir once more and enjoy your smug superiority over potato people (and/or people who prefer potatoes).

Takes about an hour depending on how soft you like your turnips. Yields about 3 servings.

Did you ever try adding an egg to the boiling water when making cheap cup ramen? It is not related to this recipe but it is a superior method of consuming cheap cup ramen.
Posted by Orin Bishop at 4:27 PM 0 comments

My girlfriend seems to function better when she avoids eating gluten, so we've been playing around with some recipes that avoid wheat, and I concocted one yesterday that we both agreed was worth sharing. The meatballs (Swedish) and rosé sauce I used was store bought. (Also this would work fine with regular pasta I'm sure, but that might result in horrific and NSFW consequences.)
-Bake about three handfuls of meatballs. (A "handful" is a scientific term for a "thwack.")

-Boils some brown rice pasta. (Ours didn't expand much, so you should probably put in more than you think you need, and it takes a fair bit of boiling.) Drain pasta when it's desirably droopy, drizzle with olive oil (to keep it from sticking) and a pinch of salt and mix.
-In a pan sauté half a copped union, a bit of green onion, and a bell pepper (an orange one will look nice). Onions should be translucent but not burnt.

-Add to pan meatballs, rosé sauce, a dash of pepper to taste, a dash of powdered ginger, and a very hot pepper. (The hot pepper I used was from the deli and stuffed with feta cheese, the both of us agreed that it was virtually inedible on its own, so I removed the also extremely hot feta and sprinkled it on the dish.)

-Stir intermittently for a few minutes over medium to high heat, then remove hot pepper. Serve over pasta (make sure both are still warm).

Takes about a half hour to prepare. Yields approximately 3 servings depending on hunger level.


I would have liked to include a picture as the dish was quite attractive as well as being delicious, but we gobbled it down immediately before the idea of posting it came up. Also since the hot pepper was only simmered for a bit and then removed, the dish isn't very spicy at all (and probablly wouldn't be described as "spicy" by someone who didn't see the hot pepper go in), but along with the ginger it gives a little kick.

Also if you stick the green union bases in water and leave them near sunlight, they will regrow and you can have LIMITLESS ONIONS! Bye-bye costly onion bills, hello sensible onion bills!
Posted by Orin Bishop at 12:52 PM 1 comments

One of my uber-talented artists on Steampunk Rally, David Forest, has just released a jaw-dropping animated short two years in the making. Give it a watch!

Orin has been kidnapped by the ninjas. Are you a bad enough dude to read his blog? All your blog are belong to us. Make your time. it's dangerous to go alone! Read this. Do a blogroll! The last metroid is in captivity. Blogger is at peace. You fool! You gave cheese to a lactose intolerant volcano blog! You almost became a Blog Sandwich! What is a blog? A miserable little pile of secrets. A blogger chooses, a slave obeys. Let's blog aggressively. Uh-oh! The blog have started to move. What a horrible night to have a blog. You are in a maze of twisty blog posts, all alike. Congraturation this blog is happy end. A blog draws near! Orin dislikes smoke. A blog draws near! Just a blog. Get out of here! Welcome to blog zone! Orin am error.